The Laughing Light Of Plenty is dead, long live The Naturals

Emotional Response teams up with Tom of England’s STD Records to revive one of the great lost LPs of the last decade in On The Way (To The Laughing Light Of Plenty).

The project of Thomas Bullock (Wicked Sound System, Mammal, Rub’n'Tug) and Eddie Ruscha (Secret Circuit) first saw the light of day as the band The Laughing Light Of Plenty.   After the success of their debut release, The Rose, the band recorded a self-titled album for release on Whatever We Want Recordings.   Sadly only a few copies every made it in to collectors’ hands and it became a “what ever happened to” release with the few available copies becoming highly saught after.

Now though, an earlier, studio mix of the band’s unique marriage of live vibrations and dance sensibility, mixing psych, rock, dance, Balearic and folk has been mastered and released on double album.    Retaining a perfect tone and voice across 4 slabs of vinyl, the true sound of the band is now available for all to hear, in a special one time pressing, with hand drawn artwork by Eddie and hand recut and pasted by Thomas himself, for a full Naturals effect. 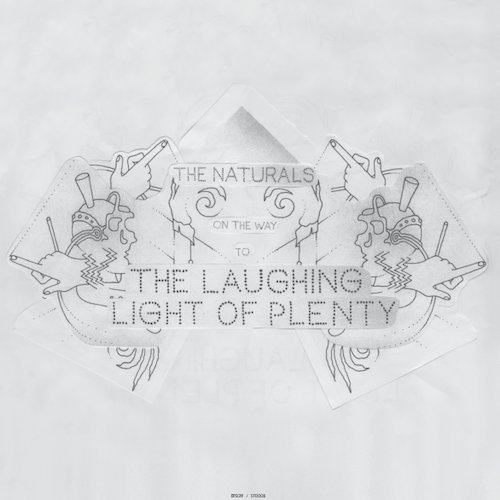