After the successful launch of the label in 2012 it is perhaps fitting that we return with one of the artists that inspired it’s birth.    After releasing just 2 singles – albeit lost psychedelic classics –  in nearly 30 years, Wrottersley Road sees Nick double that amount in barely six months.

Following the success of the recent collection of his music for Captured Tracks, the interest in Nick’s sounds is stronger now than ever and as a long time fan of his music, it was the discovery of the super limited cassette album Lysergia that prompted getting him to join our roster.

In Wrottersley Road, Nick returns to his youth spent in South London wrapped within his undying love of the psychedelic highs and lows, a progressive orchestral blast.    This is backed with remixes from psyched-out friends and perennial gigging tour de force, The Oscillation providing a killer rhythmic ode and two drone experiments by new label signings, the project based Invisible Hands. 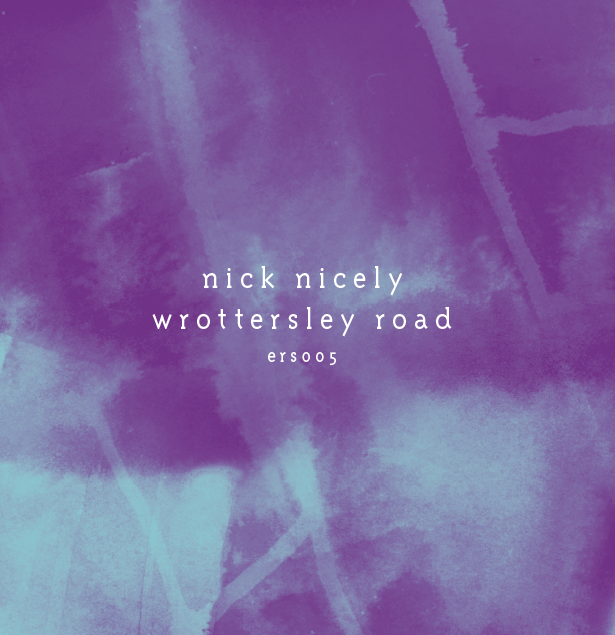