Daywalker + CF is Entro Senestre and Willie Burns, the coming together of two of New York’s most crucial contemporary producers.

Over the past few years the pair have each delivered a myriad of releases for a small group of labels, from New York (L.I.E.S and William’s own W.T Records) and further afield (Echovolt and The Trilogy Tapes).  Through sharing a studio space the collaboration came naturally and with little fanfare, first appearing on Gerd Janson’s Music For Autobahns compilation for Rush Hour and later on L.I.E.S.   An desire to create an expansive dance floor sound that takes in ambient and breakbeat cues and with an already established relationship between Emotional Response and Mr Burns via the Black Deer project, it was only natural for the duo’s work to find a home here.

Daywalker + CF the pair’s take on house and techno is urgent and uncompromising, merging influences from both sides of the Atlantic into something entirely their own. Characteristics from both artists can be heard but there’s a sense of harmony between the two, a mutual understanding. A collaboration for all the right reasons then, namely making music for music’s sake. 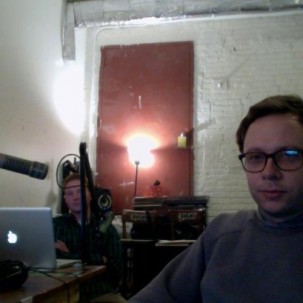