We are pleased to announce the debut album from Eddie Ruscha Jnr aka Secret Circuit is now available at last.   Collecting together a smattering of the music that Eddie has produced via cassette only releases on to vinyl for the first time, Tropical Psychedelics is a bookmark of him output from as far back as 1996 right up to today.

Releasing music for well over a decade under a number of pseudonyms and on a range of labels – from Exist Dance, Whatever We Want Records, Internajional and the newly launched Beats In Space, Eddie’s time has most definitely arrived.    Following his blink and you miss it Laughing Light Of Plenty project’s LP, Tropical Psychedelics is a collection of Eddie’s solo work – a sprawling mix of pyschedelia, techno, minimalism and Satie experimentation.

With a live show to match and more music to come on the likes of ESP Institute, as well as recent remixes for Peter Tosh and Soft Rocks being championed across the spectrum, Eddie is finally getting the props his meandering career deserves. 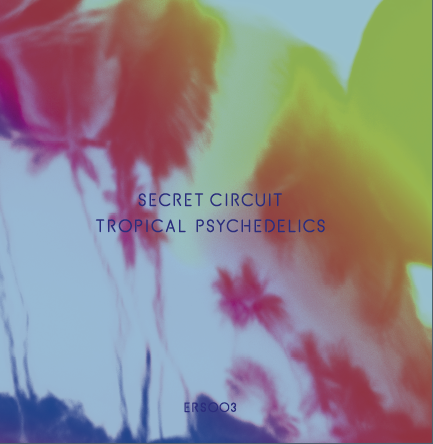